Even though the Summer Olympics just ended, celebrations are still going on. So grab a limited edition coke can and hit an Olympics-themed party in honor of the 558 athletes who completed in Rio!

Wrapped in a ribbon of the games colors, each can tributes an individual sport with a silhouette of an athlete above the iconic Coca-Cola logo. Representing the 46 gold and 37 silver medals the United States has won, diet coke is packaged in silver and gold cans alongside the standard red and black cans for Coca-Cola and Coca-Cola Zero.
http://www.zemez.io/wordpress-themes.php
In celebration of “One Year Out” from the Rio 2016 Olympic Games, Coca-Cola today announced its partnership with a diverse group of U.S. athletes who will be the face of the brand through the Games.

The “six pack” of athletes are made up of five Olympic champions and one Paralympic champion from swimming and soccer to track & field and gymnastics. The athletes will be featured prominently in the company’s marketing efforts leading up to the Games, including packaging, retail and digital advertising. 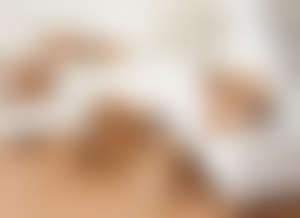 Coca-Cola identified these athletes that align with the Coca-Cola brand values and are positive role models with unique and inspiring stories. They are relatable and demonstrate hard work, dedication and commitment to excellence on and off the field of play.

Soccer star Alex Morgan was on the FIFA Women’s World Cup 2015 winning team. She was also part of the 2014 CONCACAF Women’s Championship team, the gold medal-winning 2012 London Olympic Games team, and was named 2012 U.S. Soccer Female Athlete of the year. She was also the finalist in the FIFA Women’s World Cup 2011 team. This is the second time Morgan is partnering with Coca-Cola as she was also a London 2012 Coca-Cola athlete.

Nathan Adrian is a three-time Olympic gold medalist who joins the six-pack as the reigning “fastest man in the pool.” A two-time Olympian, he captured two gold and one silver medal at the London 2012 Olympic Games and won a gold medal at the Beijing 2008 Olympic Games. A Bremerton, Wash. native, Adrian was recently inducted into the Asian Hall of Fame.

Tatyana McFadden, a Paralympic track athlete, is no stranger to Atlanta. This year, she won the 2015 Atlanta Journal-Constitution Peachtree Road Race wheelchair division just months after winning the 2015 Boston and London Marathons. McFadden, in addition to competing in a summer Olympic sport, also excels in Paralympic Cross-Country Skiing. In fact, she was the 2014 Sochi Paralympic Silver medalist in the 1km sprint. Overall, she is an 11-time Paralympic medalist, 15-time world champion, 14-time marathon winner and two-time Grand Slam marathon winner. 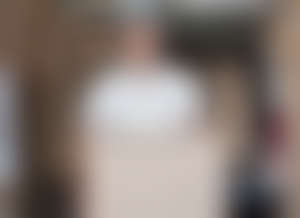 Calvin is the founder and Chief Executive Officer, a leading manufacturer of print-based specialty packaging for the healthcare, consumer and media end markets. Since its inception in 2005, Compact has experienced significant growth and now operates manufacturing facilities in North America, Asia and Europe, with approximately 9,000 employees worldwide. Keys to the company’s success are Mr. Shore’s...